Holder Law Group specializes in environmental law and land use. Its core goals are to promote and enforce laws protecting the natural environment and open and accountable government, and to provide the highest quality representation at reasonable rates to clients seeking to improve and revitalize neighborhoods or help sustain and protect natural resources.

We serve our clients diligently, responsibly, and with attention and sensitivity to their specific needs and objectives.‍

⇛ Provide advice concerning CEQA and NEPA compliance to public agencies and private clients on a wide range of large and small projects throughout the state.

⇛ Actively participate in the administrative process on behalf of project opponents, from preparing detailed comments to participating in public hearings; if necessary and desired, challenge agency approvals and environmental clearance documents through litigation.

Land Use Permitting and Entitlements

⇛ Assist clients in obtaining land use approvals, permits and other entitlements.

⇛ Oppose land use approvals, permits and other entitlements on behalf of impacted individuals, businesses, and local agencies.

⇛ Assist in due diligence, negotiations, and drafting agreements for water transfers.

⇛ Assist in due diligence, negotiations, and drafting agreements for water transfers.

He has helped public agencies and private clients comply with these laws. Conversely, he has helped project opponents and concerned citizens meaningfully participate in the environmental review process and in litigation to minimize and mitigate project impacts. These divergent experiences provide a balanced perspective and keen insights into opposing strategies. Holder Law Group strives to provide efficient and effective advocacy to address client needs. 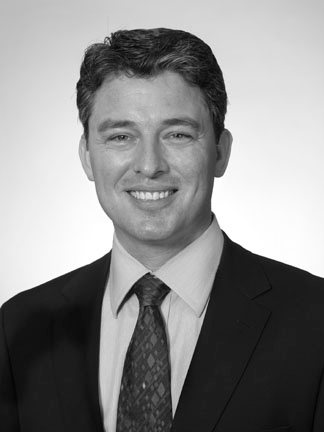 Jason earned a J.D. in 2004 from U.C. Hastings College of the Law. There he focused environmental and water law. He spent his first summer as a judicial extern for a senior federal district court judge in Oakland and was a summer associate at a prominent Sacramento law firm during his second summer. Jason also was a Legal Writing and Research teaching assistant. During his third year, he was editor-in-chief of the Hastings West-Northwest Journal of Environmental Law and Policy.

“An EIR is an ‘environmental alarm bell’ whose purpose it is to alert the public and its responsible officials to environmental changes before they have reached ecological points of no return.”

“The EIR is also intended “to demonstrate to an apprehensive citizenry that the agency has, in fact, analyzed and considered the ecological implications of its action.”

“Courts do not substitute their judgment for that of the people and their local representatives.  They can and must, however, scrupulously enforce all legislatively mandated CEQA requirements.”

“CEQA requires that the preparers of the EIR conduct the investigation and obtain documentation to support a determination of pre-existing conditions. This is a crucial function of the EIR.”

Save Our Peninsula Com. v. Monterey County Bd. of Supervisors (2001)

“It is the intent of the Legislature that all agencies of the state government which regulate activities ... which are found to affect the quality of the environment, shall regulate such activities so that major consideration is given to preventing environmental damage....”

“The foremost principle under CEQA is that the Legislature intended the act “to be interpreted in such manner as to afford the fullest possible protection to the environment within the reasonable scope of the statutory language.”

“To achieve that maximum protection the Legislature necessarily intended to include within the operation of the act, private activities for which a government permit or other entitlement for use is necessary.”

Friends of Mammoth v. Board of Supervisors (1972)

“A legally adequate EIR . . . must contain sufficient detail to help ensure the integrity of the process of decisionmaking by precluding stubborn problems or serious criticism from being swept under the rug.”

“It is improper to defer the formulation of mitigation measures until after project approval; instead, the determination of whether a project will have significant environmental impacts, and the formulation of measures to mitigate those impacts, must occur before the project is approved.”

“One major purpose of an EIR is to inform other government agencies, and the public generally, of the environmental impact of a proposed project [citations], and to demonstrate to an apprehensive citizenry that the agency has in fact analyzed and considered the ecological implications of its action.”

“The critical question of ‘standing' would be simplified and also put neatly in focus if we fashioned a federal rule that allowed environmental issues to be litigated...in the name of the inanimate object about to be despoiled, defaced, or invaded by roads and bulldozers and where injury is the subject of public outrage.”

“The data in an EIR must not only be sufficient in quantity, it must be presented in a manner calculated to adequately inform the public and decision makers, who may not be previously familiar with the details of the project.  Information ‘scattered here and there in EIR appendices’ is not a substitute for ‘a good faith reasoned analysis….”

Contact us Today for EFFECTIVE, AND
EFFICIENT LEGAL ADVOCACY